Yves here. While the specific observations in this post will be very familiar to readers (you’ve said the same things in comments!), I beg to differ with calling the Government’s Brexit negotiating stance a strategy. It’s bad habit plus lack of preparation and analysis.

And the UK’s lack of calculation and self-awareness about how it is operating means it will be unable to change course.

By Benjamin Martill, a Post-Doctoral Fellow at the Dahrendorf Forum where he focuses on Europe after Brexit. He is based at LSE IDEAS, the London School of Economics’s foreign policy think tank. The Dahrendorf Forum is a joint research venture between LSE and the Hertie School of Governance in Berlin. Originally published at openDemocracy

But is this the best strategy for advancing British interests? Here is the argument based on the findings of a recent Dahrendorf Forum working paper. 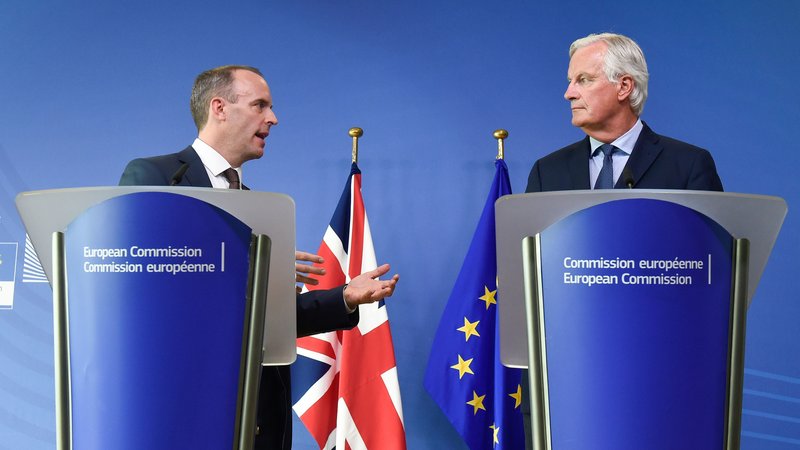 All eyes in British politics are on the negotiations between the UK and the EU over the terms of the forthcoming British withdrawal from the Union, or Brexit. Surprisingly, questions of bargaining strategy – once the preserve of diplomats and niche academic journals – have become some of the most defining issues in contemporary British politics.

The New Politics of Bargaining

Cabinet disagreements over the conduct of the negotiations led to the resignation of David Davis and Boris Johnson in early July 2018 and the issue continues to divide the ruling Conservative party. Theresa May’s most recent statements have all addressed the question of how hard she has pushed Brussels in the talks.

But is the hard bargaining strategy appropriate, or will it ultimately harm the UK? The salience of this question should occasion deeper analysis of the fundamentals of international bargaining, given the extent to which the course of British politics will be determined by the government’s performance (or perceived performance) in the Brexit talks.

A hard-bargaining strategy isn’t necessarily a poor one. To the extent it is workable, it may even represent the sensible option for the UK.

Hard bargaining is characterised by negative representations of negotiating partners, unwillingness to make concessions, issuance of unrealistic demands, threats to damage the partner or exit the negotiations, representations of the talks in zero-sum terms, failure to provide argumentation and evidence, and withholding of information. From diplomats’ portrayal of the EU as an uncooperative and bullying negotiating partner to a set of demands recognised as unrealistic in Brussels and Britain alike, the UK’s approach to the Brexit negotiations scores highly on each of these measures.

The consensus in the academic literature is generally that hard bargaining works only where a given party has a relative advantage. Powerful states have an incentive to engage in hard bargaining, since by doing so they will be able to extract greater concessions from weaker partners and maximise the chance of achieving an agreement on beneficial terms.

But weaker actors have less incentive to engage in hard bargaining, since they stand to lose more materially if talks break down and reputationally if they’re seen as not being backed by sufficient power,

So which is Britain?

The success of hard bargaining depends on the balance of power. But even a cursory examination would seem to confirm that the UK does not hold the upper hand in the negotiations. Consider three standard measures of bargaining power: a country’s economic and military capabilities, the available alternatives to making a deal, and the degree of constraint emanating from the public.

When it comes to capabilities, the UK is a powerful state with considerable economic clout and greater military resources than its size would typically warrant. It is the second-largest economy in the EU (behind Germany) and its GDP is equal to that of the smallest 19 member states. And yet in relative terms, the combined economic and military power of the EU27 dwarves that of the UK: the EU economy is five times the size of the UK’s.

Next, consider the alternatives. A ‘no deal’ scenario would be damaging for both the UK and the EU, but the impact would be more diffuse for the EU member states. They would each lose one trading partner, whereas the UK would lose all of its regional trading partners. Moreover, the other powers and regional blocs often cited as alternative trading partners (the US, China, the Commonwealth, ASEAN) are not as open as the EU economy to participation by external parties, nor are they geographically proximate (the greatest determinant of trade flows), nor  will any deal be able to replicate the common regulatory structure in place in the EU. This asymmetric interdependence strongly suggests that the UK is in greater need of a deal than the EU.

Finally, consider the extent of domestic constraints. Constraint enhances power by credibly preventing a leader from offering too generous a deal to the other side. On the EU side the constraints are clear: Barnier receives his mandate from the European Council (i.e. the member states) to whom he reports frequently. When asked to go off-piste in the negotiations, he has replied that he does not have the mandate to do so. On the UK side, by contrast, there is no such mandate. British negotiators continually cite Eurosceptic opposition to the EU’s proposals in the cabinet, the Conservative party, and the public, but they are unable to guarantee any agreement will receive legislative assent, and cannot cite any unified position.

But the real power distribution is not the only thing that matters. While the EU is the more powerful actor on objective criteria, a number of key assumptions and claims made by the Brexiteers have served to reinforce the perception that Britain has the upper hand.

First, on the question of capabilities, the discourse of British greatness (often based on past notions of power and prestige) belies the UK’s status as a middle power (at best) and raises unrealistic expectations of what Britain’s economic and military resources amount to. Second, on the question of alternatives, the oft-repeated emphasis on ‘global Britain’ and the UK’s stated aim to build bridges with its friends and allies around the globe understates the UK’s reliance on Europe, the (low) demand for relations with an independent Britain abroad, and the value of free trade agreements or other such arrangements with third countries for the UK. Third, on the question of domestic constraint, the post-referendum discourse of an indivisible people whose wishes will be fulfilled only through the implementation of the Brexit mandate belies the lack of consensus in British politics and the absence of a stable majority for either of the potential Brexit options, including the ‘no deal’, ‘hard’, or ‘soft’ variants of Brexit. Invoking ‘the people’ as a constraint on international action, in such circumstances, is simply not credible.

Assumptions about Britain’s status as a global power, the myriad alternatives in the wider world, and the unity of the public mandate for Brexit, have contributed to the overstatement of the UK’s bargaining power and the (false) belief that hard bargaining will prove a winning strategy.

Britain desperately needs to have an honest conversation about the limits of the UK’s bargaining power. This is not ‘treasonous’, as ardent Brexiteers have labelled similar nods to reality, but is rather the only way to ensure that strategies designed to protect the national interest actually serve this purpose. Power is a finite resource that cannot be talked into existence. Like a deflating puffer fish, the UK’s weakness will eventually become plain to see. The risk is that before this occurs, all bridges will be burned, all avenues exhausted, and all feathers ruffled.

The arguments in this blog are based on the findings of a Dahrendorf Forum working paper by Benjamin Martill and Uta Staiger titled ‘Cultures of Negotiation: Explaining Britain’s Hard Bargaining in the Brexit Negotiations‘.

The opinions expressed in this blog contribution are entirely those of the author and do not represent the positions of the Dahrendorf Forum or its hosts Hertie School of Governance and London School of Economics and Political Science or its funder Stiftung Mercator.