Sorry for the lack of original posts. A lot of administrativa hit at once.

Our Richard Smith, a glider himself, was impressed. But the pilot here is shaking from the cold! Gah!

It's been one remarkable season for @Airbus Perlan Mission II. Why do we do this? Here's why … pic.twitter.com/fAjYb93naL

U.S. Companies Need to Get Tough on China Bloomberg

Today there is perhaps more hope but there is surely less and less time. On the Irish question and the framework for economic cooperation the UK’s proposal needs to be reworked. #Brexit

“There is a unanimous — almost unanimous — view around the table that we would like the almost impossible to happen, that the U.K. has another referendum,” Malta Prime Minister Joseph Muscat told BBC Radio on Thursday. “I don’t know what the result would be.”

Even though as vlade points out that sounds like if someone in the UK came in with the referendum, EU would (at least very seriously consider) accommodating the A50 schedule for it to be run. Problem is May had ruled it out and the Tories are not voting themselves out of office.

Breaking: Irish source says Theresa May indicated during this morning's bilateral meeting with Leo Varadkar that she does not believe it is possible that a deal on the Irish backstop can be reached in time for the October European Council. [thread]

Pushing the BoE to the limit: what a no-deal Brexit will mean for UK exchange and interest rates LSE

Just say no to a ‘blindfold Brexit’ Politico

John Hancock will include fitness tracking in all life insurance policies VentureBeat. Predicted by Matt Stoller here in 2012. I hope this business suffers a speedy and costly death.

Anita Hill: How to Get the Kavanaugh Hearings RightNew York Times (UserFriendly)

With Supreme Court Decision on Dark Money “We’re About to Know a Lot More About Who Is Funding Our Elections Common Dreams. UserFriendly: “HUGE!!!”

data demystified #3: A Deep Dive Into the Distribution of Progressive Ideology Data For Progress (UserFriendly)

The Racism v. Economics Debate Again Current Affairs (UserFriendly). Political scientist Tom Ferguson is well along on a granular analysis of voters who flipped from Obama in 2012 to Trump. The data overwhelmingly show it was economic issues that led to the change.

In case you missed it, the GoFundMe account in question was for $50,000 to treat his cancer. Much derision over HRC not writing a check:

Between Charity and Justice: Remarks on the Social Construction of Immigration Policy in Rich Democracies Wolfgang Streeck (witters)

Antidote du jour. Tracie H: “This pup loves sitting with it’s owner while riders in training are advised at the Seahorse Riding Club in Rolling Hills Estates, California. The dog, Bella, a ‘petite Pibble,’ is alert but calm as horses trot within a couple of feet of her—note the nearby hoof. 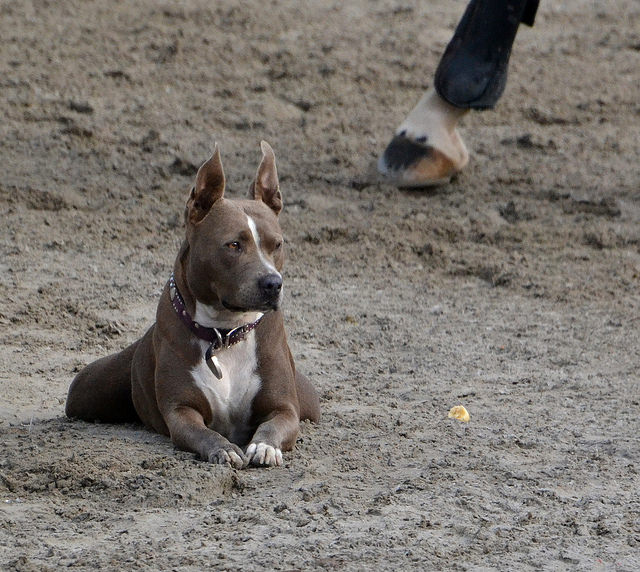