Finance, the media and a catastrophic breakdown in trust John Authers, FT

World economy at risk of another financial crash, says IMF Guardian. Last para: “Like many institutions the IMF has warned that rising levels of inequality have a negative impact on investment and productivity as wealthier groups hoard funds rather than re-invest them in productive parts of the economy. Without a rise in investment economies remain vulnerable to financial stress.”

General Electric has an overactive imagination FT. “The fact that Mr Welch, Mr Immelt and Mr Flannery have each left toxic legacies suggests that GE’s reputation for managerial excellence is exaggerated.”

Ireland backs Theresa May’s plan for all-UK customs union with EU FT. Let me know how that works out…

Brexit: the dancing of May EU Referendum

Is reform dead in China? Trump’s trade war may be breathing life back into the cause South China Morning Post

The U.S. Just Tore Up a Six-Decade-Old Treaty With Iran Defense One

The Innocence of Abu Zubaydah NYRB

At least six of Kavanaugh&#39;s Yale classmates have now said he was a sloppy drunk who surely had blackouts:

Meaning perjury. What’s all the more remarkable is that Kavanaugh stonewalled, when narratives like “I was young and stupid, but I’ve changed” come so easily.

The Senate, Not the FBI, Should Investigate Kavanaugh The American Conservative

The Man Behind the Brett Kavanaugh Strategy: Don McGahn WSJ

Conservative Women Are Angry About Kavanaugh—And They Think Other Voters Are, Too The Atlantic

Seymour Hersh on the Future of American Journalism JSTOR Daily

Driverless police cars of future could act as mobile courtrooms The Times. What could go wrong?

The Committee to Save the World Order Foreign Affairs. These dudes are still yattering on about a “rules-based order” after Bush’s invasion of Iraq and 15 years of our Middle East shenanigans, including rebooting the slave markets in Libya with a bombing campaign.

U.S. military comes to grips with over-reliance on Chinese imports Reuters (EM). EM: “Reshoring – it’s not just an issue for the Deplorables anymore.”

Steel is surging under Trump. Will workers benefit? WaPo. By Betteridge’s Law….

The Origins of Prison Slavery Slate

1.6 million US workers rely on gig apps and websites for income The Next Web

Metro says it doesn’t know what to do about falling ridership. An internal report lays out exactly what to do. WaPo. “However, according to the analysis in this report, on a daily basis, the [Uber and Lyft] transport about half as many passengers as Metro, providing about 300,000 passenger trips in the region.” For a median driver wage of $9.73/hour. Looks to me like the squillionaires subsidizing Uber and Lyft are destroying public transporation. Perhaps that’s their goal, and spending the big bucks to do that is worth it to them.

‘Sokal Squared’: Is Huge Publishing Hoax ‘Hilarious and Delightful’ or an Ugly Example of Dishonesty and Bad Faith? Chronicle of Higher Education. More on “grievance studies.” 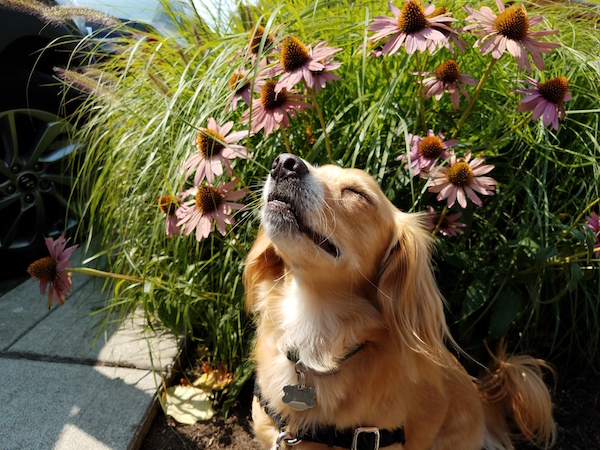 Vanda writes: “My dog with some echinacea.”