Readers, I’m going to be lazy today as well. I’ll return with a full Water Cooler tomorrow. For today, here’s some of the material that’s built up in my Xmas Folder. –lambert

ME-02: “Poliquin drops challenge to ranked-choice voting, clearing way for Golden to take seat in Congress” [Portland Press Herald]. “In his statement, Poliquin continued to term ranked-choice voting as ‘unconstitutional, and therefore illegal’ and said that in the statewide referendum, voters in his district of central and northern Maine rejected the election method. Poliquin did not formally concede the election in his statement, but said he had been honored to serve in Congress for the last four years and wished Golden ‘personally the best during the coming term.'” • Classy, as is dropping the news on the day before Christmas. More important than the office holder is that the challenge to RCV failed. That’s quite a Christmas gift!

South King County DSA giving out some coats and food to our neighbors in Kent this week. pic.twitter.com/xu3idhi6zn

The only political institutions doing this are DSA and the churches, apparently…

A devotional gift for Xmas. pic.twitter.com/Dw3FADZb14

One for the Brits:

A tin of mince pies baked during World War II was found perfectly preserved under the floorboards of a hotel on the Isle of Man ?

They've now been put on display at the Manx Museum

A good obsession to have:

My 3 year old is so obsessed with David Byrne that all he wanted from Santa was an electric guitar, a mic, and a ‘Stop Making Sense’ suit. pic.twitter.com/SGfY7XK4YO

A musical interlude for Cassie’s three-year-old, though not especially Christmas-y:

This is a good thread (and not especially gendered when you go through it):

HOW TO HELP IN THE KITCHEN AT THE HOLIDAYS WHEN YOU ARE A DUDE AND HAVE BEEN HISTORICALLY SHOOED OUT OF THE KITCHEN, ONLY TO WATCH YOUR MOTHERS AND SISTERS LOOK EXHAUSTED ALL THROUGH THE HOLIDAY

My favourite negative reactions to this thread have been “wow, so hierarchical”. I get why people like horizontal hierarchies and they have their place, but time sensitive operations involving expertise built up over years is a great contest for listening to the experienced folk. https://t.co/BjgK7lOquZ

Readers, feel free to contact me at lambert [UNDERSCORE] strether [DOT] corrente [AT] yahoo [DOT] com, with (a) links, and even better (b) sources I should curate regularly, (c) how to send me a check if you are allergic to PayPal, and (d) to find out how to send me images of plants. Vegetables are fine! Fungi are deemed to be honorary plants! If you want your handle to appear as a credit, please place it at the start of your mail in parentheses: (thus). Otherwise, I will anonymize by using your initials. See the previous Water Cooler (with plant) here. Today’s plant (PM): 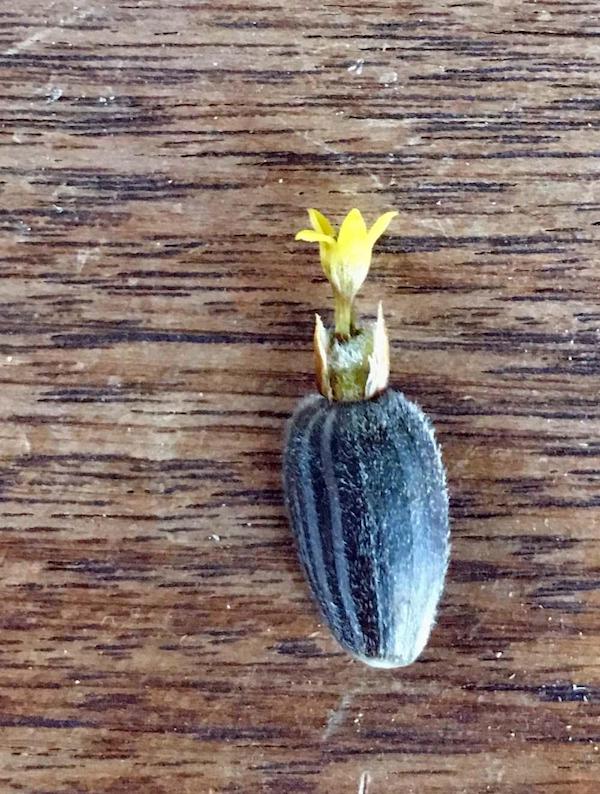 Readers: Water Cooler is a standalone entity not covered by the annual NC fundraiser, now completed. So do feel free to make a contribution today or any day. Here is why: Regular positive feedback both makes me feel good and lets me know I’m on the right track with coverage. When I get no donations for five or ten days I get worried. More tangibly, a constant trickle of small donations helps me with expenses, and I factor that trickle in when setting fundraising goals. So if you see something you especially appreciate, do feel free to click below! (The hat is temporarily defunct, so I slapped in some old code.)