Seems I’m not the only one who tries to patronise these services whenever possible.

The post focuses on the environmental benefits of choosing rail travel over air travel, and doesn’t mention any of the other benefits:  trains tend to run from city centre to city centre, thus saving passengers the need to find their way from an out-of-the-way airport to where they want to go. Trains are more relaxed about baggage requirements. And finally, train stations have yet to succumb to the security theater charade, meaning one doesn’t have to allow extra hours to qualify to board a train.

By Enrica Papa, Senior Lecturer in Transport Planning, University of Westminster. Originally published at The Conversation

Dutch airline KLM recently launched a new advertising campaign called “Fly Responsibly”. Remarkably, it seems to encourage viewers to fly less. “Do you always have to meet face-to-face?”, the advert asks. “Could you take the train instead?”.

The influence of climate campaigner Greta Thunberg likely explains why airlines feel obliged to say these things. Flight shame – or “flygskam” – has gripped many regular flyers with a sense of unease about the aviation industry, which consumes five million barrels of oil a day and is predicted to account for around 22% of global carbon emissions by 2050.

European high-speed rail networks already offer an alternative to air traffic between European countries for distances shorter than 1,000 kilometres. For longer journeys, sleeper trains are becoming increasingly popular. These services run through the night and offer passengers a berth to sleep in. As more and more consumers question the ethics of their next flight, rail companies see an opportunity – and competition with airlines is heating up.

But can night trains help offset the international journeys that most people currently make by aeroplane? 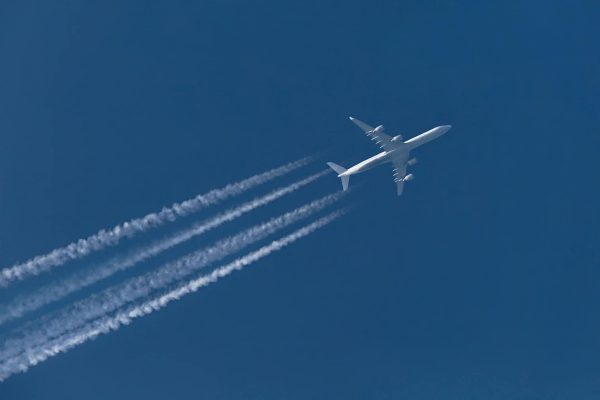 Because of the altitude at which aeroplanes fly, their carbon emissions have more of an immediate warming effect than ground transport. Peter Gudella/Shutterstock

The Renaissance of European Night Trains

From 2009 until 2018, the European night train network shrank steadily. The same is true for conventional intercity train networks, especially in southern and western Europe. This made air travel the only alternative on many routes. But that appears to be changing.

When German Rail decided to withdraw its network of overnight passenger trains in 2015, Austrian Federal Railways (ÖBB) decided to take over some of its services. In 2017, ÖBB’s Nightjet services carried around 1.4 million passengers, more than doubling its total passengers from the previous year.

In 2018, ÖBB achieved another 10% increase in passenger numbers. ÖBB CEO, Andreas Matthä, said that “overnight services are a viable alternative to short-haul flights” and committed to continue investing in new services. As a result, ÖBB is expanding its routes on the NightJet network of sleeper trains. From January 2020, night trains will once again run between Vienna and Brussels, 16 years after the service closed.

The first direct sleeper train from Vienna to Brussels has arrived! pic.twitter.com/YJXgJdoe55

In the UK, Great Western Railway plans to renovate the sleeper trains it runs to Cornwall. The Caledonian Sleeper, which runs between London, Edinburgh, Glasgow and Aberdeen has been revamped with a £150 million investment in new trains.

In response to a public petition, the Swedish government plans to reintroduce night train services to other European countries. A sleeper train service from Malmö in southern Sweden to London has been planned for 2022 at the earliest. The service could set off in the evening and arrive in the English capital at lunchtime the next day. At almost 1,300 kilometres, the trip is typical of the many rail journeys that could offset those currently taken between European countries by aeroplane.

An Alternative to Air Travel?

Aviation industry CEOs are worried that flight shame could threaten passenger traffic and in some countries this already seems to be happening. Swedavia, an airline which operates ten of Sweden’s busiest airports, reported a 4% fall in passengers in 2019 compared with the previous year. The decrease was primarily in domestic travel, while the number of international passengers fell to a lesser extent. Despite this, European air traffic still grew by 4.2% in 2019.

It’s too soon to say whether the night train revival is a permanent trend prompted by flygskam. Nevertheless, environmental awareness still motivates the choices of travellers. 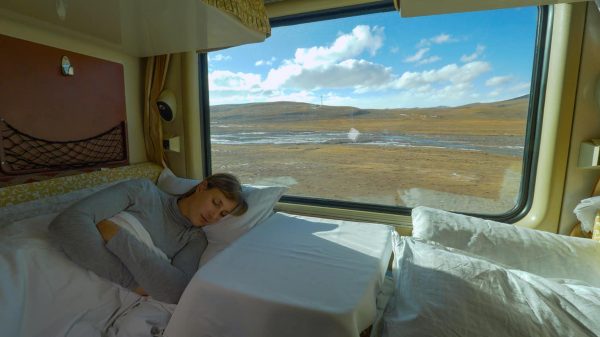 Researchers who study consumer profiles in different markets recently identified a new one: the “environmental traveller”. People who fall into this market segment try to maintain a lifestyle that is as environmentally friendly as possible – and that includes reducing the number of flights they take.

But the researchers found that awareness of the environmental crisis doesn’t automatically translate into behaviour changes, such as choosing other transport modes over air travel. Most often, distance or cost are more powerful motivations, particularly for short and medium-haul routes.

A recent study from the Netherlands found that passengers who travel for leisure purposes seem to be most attracted to the option of night trains. It’s possible that night train services could simply generate new demand from these customers instead of substituting existing airline passengers. The researchers found that 40% of business travellers still opted to fly the day before and stay in a hotel instead, though many thought the relative comfort of sleeper trains was appealing. Sleeper trains might appeal to backpackers, but can they offer an alternative to frequent flying businesspeople? Flystock/Shutterstock

Research conducted on behalf of the European parliament is much more pessimistic, concluding that there are more challenges than opportunities for night trains to grow in Europe. Chief among them is the continued growth of low-cost airlines. Infrastructure costs currently prohibit long-distance night trains which might be able to tempt more passengers out of these aeroplanes. Subsidy and investment to expand rail networks may be necessary for the sector to compete with aviation. Making airlines pay fuel duty could also help.

In the meantime, flygskam could still be effective if it means people keep the pressure on the aviation industry to reform and reduce its growing carbon footprint.