Don’t freak out, but it’s almost time for tarantulas to crawl around Colorado in search of love Denver Post

Will Uber and Lyft shut down in California? Fortune

Citibank sent a hedge fund $175 million by mistake. Now it’s struggling to get the money back CNN. This keeps happening.

COVID-19 symptoms are most likely to appear in a specific order, research finds ABC Australia

Cellphone Data Shows How Las Vegas Is “Gambling With Lives” Across the Country ProPublica (Re Silc).

The pandemic appears to have spared Africa so far. Scientists are struggling to explain why Science

Pourquoi le vraquier n’a-t-il pas été arraisonné et pourquoi avoir attendu 15 jours pour monter à bord? L’Express. Google translation (or at least it ought to be; I can’t get Google to translate). Colonel Smithers: “More and more questions are being asked. As per this article by a Belgian captain, why did the ship’s captain cease communications with Mauritian authorities for at least two hours and enter Mauritian waters without permission and it took so long for the authorities to board the vessel. The author also wonders if people or illegal cargo were being dropped. The former may explain the life raft and jackets from ship found washed ashore nearby and reported by a local doctor after a stroll.”

China, the World Bank, and African Debt: A War of Words The Diplomat

How Japan Talks About Security Threats The Diplomat

How Did the Eastern Mediterranean Become the Eye of a Geopolitical Storm? Foreign Policy

Why U.A.E. Struck a Deal With Israel and Why It Matters Bloomberg

How Scotland’s dream of independence came back into play FT

Preparing for my Trial Craig Murray

Belarus: Are neoliberalism and nationalism the only options? Yasha Levine, Immigrants as a Weapon

Clinesmith, the Russia Lie, and the Deep State National Review

“They have learned nothing….”

“… and forgotten nothing.” Thread:

So @NBCNews how are you going to fix the incredible amount of damage and misinformation that you are now responsible for?

Because a 1:15am tweet to slip under the radar after blowing up a totally false and divisive narrative across networks isn’t it. https://t.co/zf6Wqiotvv

Absolute brain worms in this comment thread. This is how primaries work, this was planned and part of the ceremonial crap. How are you people so confident to post while being so incredibly ignorant? https://t.co/2B1Ye4eC8e

The Convention Has Finally Become What It Always Was The Atlantic

The Press that Cried Wolf Matt Taibbi. This:

CNN, MSNBC, the New York Times and the Washington Post are now following the same script with the Trump panics. The pattern is consistent. Day one involves spectacular claims of corruption. By day two, placard-bearing protesters are hitting the streets… Almost always, by day three or four, key claims are walked back: maybe there was no direct “promise” to a foreign leader, or the CIA doesn’t have “direct evidence” of Russian bounties, or viral photos of children in cages at the border were from 2014, not 2017. By then it doesn’t matter. A panic is a panic, and there are only two reportable angles in today’s America, total guilt and total innocence. Even when the balance of the information would still look bad or very bad for Trump, news outlets commit to leaving out important background, so as not to complicate the audience response.

By now, my killer T-cells go to work on minute one of hour one of day one…. Unfortunate if there’s the media equivalent of a cytokine storm, but here we are.

USPS to Suspend Changes Until After Election WSJ

Researchers Can Duplicate Keys from the Sounds They Make in Locks Kottke.org

Will you pay my mortgage? Bank of mum and dad withdrawals squeeze sandwich generation FT 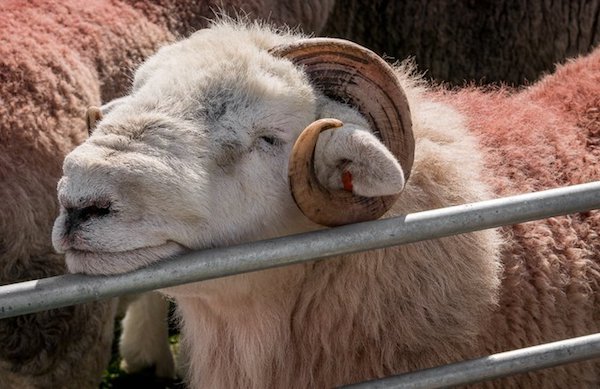 Not strictly an antidote, but surely functionally so: