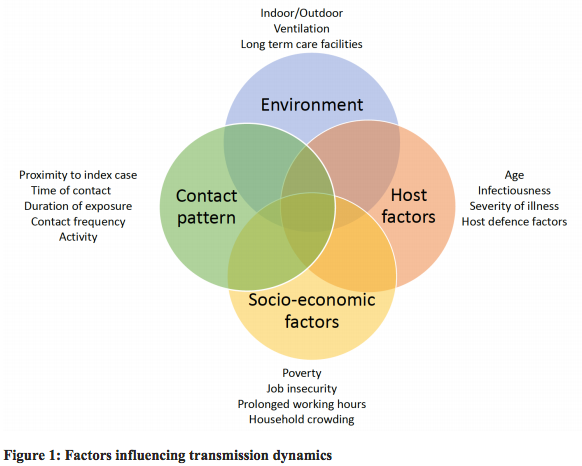 Lots of scope for variation here, at the national level all the way down to the individual neighborhood and even dwelling. That, I think, should be the takeaway, oft-misconceived, from the concept of “airborne”: Not that Covid is insanely infectious, but that it’s capricious. If the wearables crowd would stop focusing on magic glasses that augment reality with advertising, and help us visualize air currents instead, they would be doing a lot to help. Prove me wrong, techies!

Antibody Responses to SARS-CoV-2: Let’s Stick to Known Knowns (PDF) Journal of Immunology. From the Abstract: “In this article, which is part opinion piece and part review, we argue that the normal cadence by which we discuss science with our colleagues failed to properly convey likelihoods of the immune response to SARSCoV-2 to the public and the media. As a result, biologically implausible outcomes were given equal weight as the principles set by decades of viral immunology. Unsurprisingly, questionable results and alarmist news media articles have filled the void. We suggest an emphasis on setting expectations based on prior findings while avoiding the overused approach of assuming nothing. After reviewing Ab-mediated immunity after coronavirus and other acute viral infections, we posit that, with few exceptions, the development of protective humoral immunity of more than a year is the norm. Immunity to SARS-CoV-2 is likely to follow the same pattern.”

Frozen Meat Against COVID-19 Misinformation: An Analysis of Steak-Umm and Positive Expectancy Violations Journal of Business and Technical Communication (dk).

Xi: No nation should act like boss of the world China Daily

‘You will be put into detention’: Former ABC bureau chief tells story of fleeing China for first time ABC Australia

Gangster capitalism and the American theft of Chinese innovation TechCrunch

Farm Bills and Labour Law Changes: Modi’s Big Gamble in the Middle of a Pandemic The Wire

On my recent trip to India (Trichy & Karaikudi in Tamil Nadu), I was *fascinated* by the trucks, lorries and buses on the roads. Going through my notes, I find myself wanting to look them up. The brand that stood out the most for me was Ashok Leyland: https://t.co/FoP4hvZkmL pic.twitter.com/5sXM09aiPb

Climate imperialism and the US elections Africa Is a Country

A sample brand check on Plastics found in Lake Victoria exposes companies that are ignoring to #EndPlasticPollution. Climate Watch

Facebook Says it Will Stop Operating in Europe If Regulators Don’t Back Down Vice. They’ll never miss it. I didn’t.

Julian Assange ‘should NOT be charged with revealing state secrets because 250,000 WikiLeaks files were already available online after Guardian journalist published the password in his book’, court hears Daily Mail

The U.S. Needs To Abandon Its Dead-End Venezuela Policy The American Conservative

The death of Ruth Bader Ginsburg, and covering the Republican push to replace her. Columbia Journalism Review

‘I want them to do it’: Donald Trump says he welcomes second impeachment over Supreme Court seat USA Today. They’ll let you know after brunch.

Many Hospitals Charge More Than Twice What Medicare Pays for the Same Care NYT. “A public option, distinct from the more controversial ‘Medicare for all’ proposals that would do away with private insurance, has been embraced by Joseph R. Biden Jr., the Democratic presidential nominee.” Proposals already walked back (albeit by “anonymous Democratic congressional sources”, but who’s the party leader?). The Times just gets worse and worse.

The Cop Who Quit Instead of Helping to Gentrify Atlanta Mother Jones. Another form of law enforcement for profit.

“more than half the racial gap in individual stock ownership has disappeared essentially overnight.” The Reformed Broker

Look What Has Been Taken From Black Americans Bloomberg

Space Force deploys its first squadron outside of the U.S. CBS (Re Silc).

A new era of hunger has hit the US FT. Everything’s going according to plan!

What Is the Sound of Thought? MIT Technology Review