By Justin Mikulka, who writes for DeSmogBlog. Originally published at DeSmogBlog.

According to the Securities and Exchange Commission (SEC), proved reserves are “the estimated quantities of crude oil, natural gas, and natural gas liquids which geological and engineering data demonstrate with reasonable certainty to be recoverable in future years from known reservoirs under existing economic and operating conditions.”

Proved reserves are the concept on which the whole oil business is based. It is a main factor in how oil and gas companies are valued and in determining how much money banks will loan companies. Much of oil and gas lending is known as reserved-based lending.

Exxon’s latest move is even more remarkable, however, because it has a reputation for being resistant to properly valuing reserves, often lagging behind the other oil major companies in making these downward adjustments.

In this case, the market — and the SEC— forced Exxon’s hand on the matter. SEC rules require that oil and gas companies value reserves based on the average price of oil from the previous 12 months.

In its latest SEC filing released this week, Exxon explains that this requirement essentially meant removing all of the value for its Canadian tar sands investments from its reserves.

Along with wiping out the value of its tar sands holdings, Exxon also noted that it wrote off “approximately 1.5 billion oil-equivalent barrels, mainly related to unconventional drilling in the United States.” Unconventional drilling refers to the fracking business, which has been a financial disaster for many of those involved.

Exxon’s resistance to properly valuing its reserves and assets has been the focus of multiple recent fraud allegations against the company. Earlier this month, DeSmog reported on claims made by former Exxon employee Franklin Bennett who, in an SEC complaint, accuses Exxon of overvaluing its assets by $56 billion.

Bennett’s accusations focus on Exxon’s purchase of the shale gas company XTO in 2009 — which is considered one of the worst oil and gas investments ever made. Late last year Exxon wrote off $20 billion related to the XTO deal but that likely isn’t the last of the company’s fracking write-offs.

The financial industry has been aware that Exxon has been reluctant to write down the value of its assets. In 2018 an analyst for oil industry consulting firm Raymond James noted that the whole XTO investment was likely a loss. “That was one of the worst acquisitions in the history of the energy business. It was exquisitely poorly timed,” Pavel Molchanov, an energy analyst at Raymond James, told CNN in 2018. “…It was essentially $40 billion down the drain.”

And in a 2015 interview, former CEO Rex Tillerson, who oversaw Exxon’s purchase of XTO, stated the company policy on this matter: “We don’t do write-downs.”

While that is a bold statement from an oil and gas CEO, it is also a recipe for potential fraud. Overestimating reserves values is at the heart of many instances of fraud in the oil and gas industry.

In addition to the accusations related to the XTO acquisition, Exxon is already facing an SEC investigation for potentially overstating the value of its Permian assets in Texas.

Tillerson was wrong about XTO, which was a bet on the future profitability of fracking for natural gas that didn’t pay off. Tillerson was also wrong about Exxon’s policy on write-downs. As with much of the oil industry these days, it is becoming increasingly hard for these companies to hide the grim financial realities of the oil and gas business, and accusations of fraud are starting to emerge.

In September 2020, for example, Bloomberg reported a whistleblower complaint and shareholder lawsuit against the oil and gas company Anadarko. The complaint alleges that Anadarko management overstated reserves and the potential of its Shenandoah oil field in the Gulf of Mexico. Anadarko management was touting this field as its top asset, despite a senior engineer informing management that this simply wasn’t true. According to Bloomberg, Anadarko ended up writing off the full value of Shenandoah and “The project had gone from a multibillion-dollar golden goose to worthless.

Lawyers for Anadarko attempted to have the shareholder lawsuit dismissed, arguing that the shareholders could’t prove management statements were made “with an intent to deceive, manipulate or defraud.” That effort was denied.

The Wall Street Journal reported in June that Exxon’s unwillingness to take similar write-downs earlier could amount to fraud under SEC rules.https://t.co/TfWd5210l8

Exxon Doubles Down on Natural Gas

Exxon notes in its SEC filing that the company was forced to write down its reserves values due to SEC rules and 2020’s low oil prices. In that same filing, the oil giant lays out its plans for the future, which are all about natural gas, which is primarily methane. Despite the huge losses on XTO, Exxon is once again betting its financial future on natural gas.

In the SEC filing, the company writes that “power generation is expected to remain the largest and fastest growing major segment of global primary energy demand” and that “Global electricity demand is expected to increase approximately 50 percent from 2018 to 2040.”

While these expectations mirror the consensus among industry analysts, what remains to be seen is how that electricity will be generated. Exxon is betting on natural gas, but renewable sources like wind and solar can already provide that electricity for a lower cost in most places — without producing the methane and carbon emissions which Exxon’s products create.

Exxon also mentioned other factors that may impact its future financial results, including “technological advances in energy storage that make wind and solar more competitive for power generation.”

Based on current trends, many further developments are likely to make wind and solar even more competitive for power generation, but in many places, these combinations are already more than competitive with natural gas.

A big part of Exxon’s plans for future profits is a bet on natural gas beating out wind and solar for power generation. But recent data from the Energy Information Administration shows that gas is losing this race in 2021, and the economic prospects for natural gas get worse in the future. 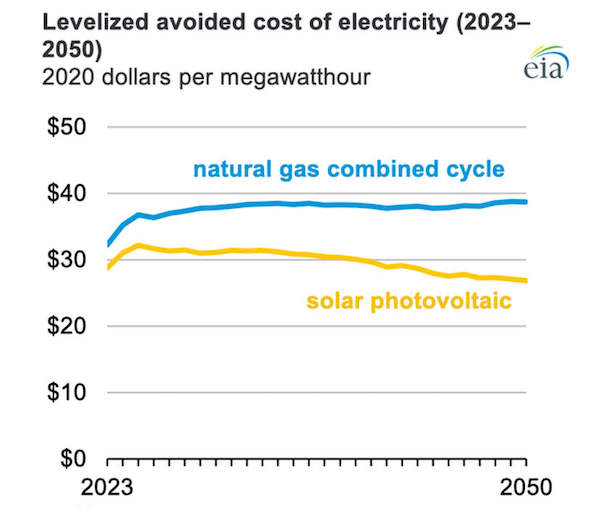 Writing off over 30 percent of the value of its reserves would normally be the worst news Exxon was facing. But these are not normal times for the oil and gas industry.

Exxon also is being investigated by the SEC and is battling multiple accusations of fraud made by former employees. In 2020, the company was forced to finally acknowledge the huge losses associated with the purchase of XTO. Exxon lost a total $22 billion dollars in 2020.

“The past year presented the most challenging market conditions ExxonMobil has ever experienced,” Exxon CEO Darren Woods told The New York Times in early February, adding that Exxon ended the year as “a stronger company.”

Exxon, however, has been borrowing money to pay its dividend to shareholders and in the process has been rapidly increasing its overall debt. In November 2020, financial publication Barron’s reported that Exxon might need to borrow $8 billion in 2021 to keep paying its dividend.

Borrowing to pay dividends is a classic sign of a company in trouble. #Exxon appears to be firmly on the losing end of an industry on the verge of major #transformation https://t.co/7mvmRSmPjo #EnergyTransition

The oil major’s increased debt was the reason it was featured in a Bloomberg article published in November 2020 on “zombie companies.” According to Bloomberg, zombie companies don’t have the ability to pay off overwhelming debts.

With the pile of debt facing Exxon — debt that increased by over $20 billion in 2020 and is expected to increase by as much as another $8 billion this year — the truth about whether the oil company really is “stronger” should become obvious soon enough.

Exxon did not respond to DeSmog’s request for comment by time of publication.