Patient readers, I will be taking a holiday breather, and running an abbreviated Water Cooler though January 3, 2022 (may it be a better year). Please consider this an open thread, and talk amongst yourselves. –lambert

One turtle dove. English countryside birds in the background, and time to grab a cup of coffee. 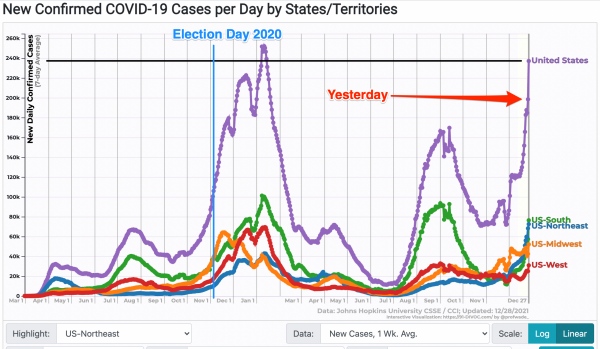 We’re gonna need a bigger chart. I have helpfully added an anti-triumphalist “Fauci Line.” Worth noting the case count is probably an undercount. Home tests don’t get counted, and not everybody can go get a test. I also added a vertical line for election day (since we were given to understand that the Biden administration was organizing a Covid response from that date). Obviously, the peak from November through March isn’t Biden’s fault; the train left the station while Trump was in office. The next two (or three) are. 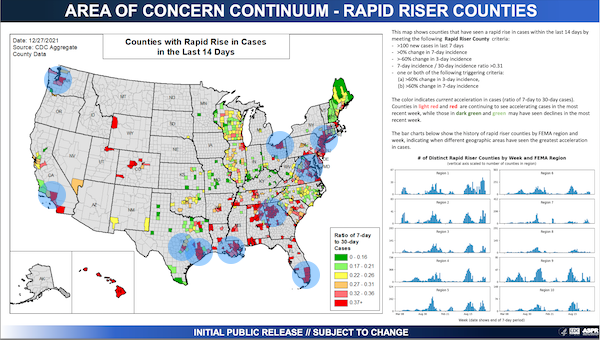 Thanks to the sharp eyes of alert reader ChrisFromGeorgia, I have helpfully dotted the major cities that are also rapid riser counties — in blue. Looks like those Blue Cities have some sort of Enemy Within thing going on…. (Chicago isn’t red, but pink, so no dot.)

I didn’t decide to take a breather so I could write about the CDC or the Biden Administration’s latest Trump-like idiocy, so I’m not going there. But you can! (“Covid Year Two (Unlocked)” is a really good podcast, recommended by The West Wing Thing.)

Reliving my misspent youth on YouTube, I ran into the following account, which posts full-length, complete Grateful Dead concerts: Wall of Sound. The recordings are from the soundboard, so are of very high quality. Many audiophile-style adjustments have been more. This note is typical: “The dynamic range of the official release is 9 but for this it is 15.”

Most of these recordings are from 1972 – 1977, when I was misspending my youth. Hater’s don’t @ me, but the Dead of that era were a great band with an enormous catalog and unique interplay between the musicians, but especially and in retrospect obviously a dance band (odd for me, since as a WASP’s WASP, all I can really so is shuffle about). But what I best like about these recordings is that I can hear Phil Lesh, who was my favorite. I went looking for some high-falutin’ commentary, and found this:

In folk, blues, and dance music of all kinds, the role of the bass guitar is typically to play simple repeated patterns at a steady pace, reflecting and motivating the cyclical rhythms of dancing and singing. The subtle rhythmic variations of the bass against a steady drumbeat (or vice versa) become powerful in the context of extended and anticipated repetition, as the tension between different cycles creates a “rhythmic harmony” between implied patterns. Phil Lesh’s bass parts represent the very antithesis of this standard. Significant degrees of repetition are present only with respect to the underlying harmonic-rhythmic core of the compositions, rarely within or across his own phrases. By his own admission Lesh finds it impossible to play exact repetitions of a bass line. Because he never repeats a passage exactly, the sense of “homecoming” when any given familiar musical passage returns is always tempered. The listener is returning, but also moving ahead into new and alternate versions of the familiar….

That the Grateful Dead were one of the most successful bands of their era in motivating huge audiences to free-form dance in spite of unusual time-signatures, the frequent use of slow tempos, and the absence of predictable bass parts is a phenomenon whose unique qualities can hardly be overstated. While not a single member of the band played in a conventional dance music style, their live performances were entirely focused around dancing and rarely failed to stimulate the vast majority of large audiences in this respect, often to ecstatic heights and over marathon durations.

Paradoxically, it was Lesh’s unwillingness and/or inability to play a basic rhythmic and harmonic foundation to their songs that allowed the Grateful Dead to evolve into one of American’s most successful and most rhythmically complex dance bands. Lacking the “bottom line,” the listener’s musical and physical awareness is forced “out” and “up” into the polyphonic interplay “above” where the bass is expected to be, where it sometimes encounters Lesh himself, playing the bass, but not the bass part unconsciously anticipated.

Fun stuff. (Another view: When asked how to play like Phil Lesh, one cranky commenter responded: “Play everything but the root and everywhere but on the beat.” Yes, and?)

Sadly, I can’t listen to these concerts while falling asleep; you can’t fall asleep to music this toe-tapping. But if, over the holidays, you have something to do — or not do — for a couple of hours, want a musical background, and don’t object to the band, you could do a lot worse than check out Wall of Sound. Oh, this is the actual “Wall of Sound“: 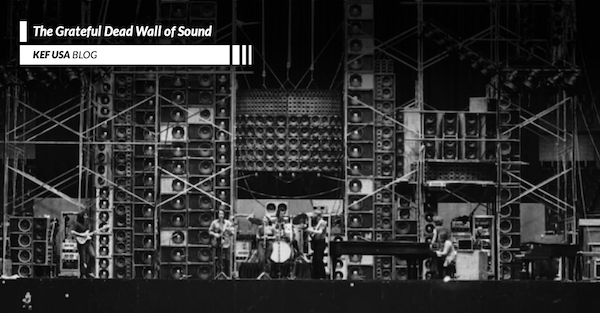 Contact information for plants: Readers, feel free to contact me at lambert [UNDERSCORE] strether [DOT] corrente [AT] yahoo [DOT] com, to (a) find out how to send me a check if you are allergic to PayPal and (b) to find out how to send me images of plants. Vegetables are fine! Fungi and coral are deemed to be honorary plants! If you want your handle to appear as a credit, please place it at the start of your mail in parentheses: (thus). Otherwise, I will anonymize by using your initials. See the previous Water Cooler (with plant) here. Today’s plant (Copeland): 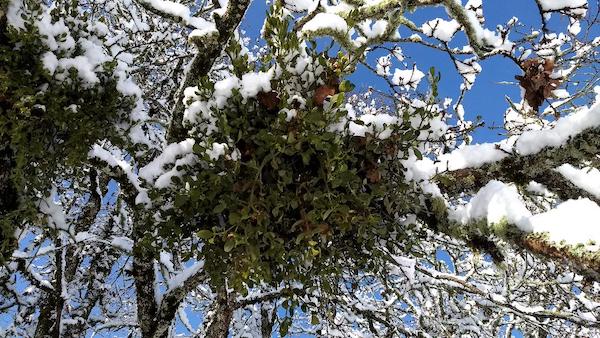 Copeland writes: “Since there’s been some discussion of mistletoe over the holidays, I thought I would try to capture the plants, along with fresh snow (over 12 inches!) near my house. I believe this is Phoradendron villosum on Quercus garryana, Oregon White Oak.” I love the angle of this shot. This is what you see when you take a walk outside and look up at the sky, instead of down at your shoes.