Yves here. This post describes yet another Covid stress point that may get worse under Omicron. It’s acute in New York City due to the dependence of the city on its subways and busses, but other cities are likely having similar headaches, albeit presumably not to the same degree.

And like so many Covid disruptions, this one hits low and middle income workers disproportionately.

By Jose Martinez. Originally published by THE CITY on December 22, 2021 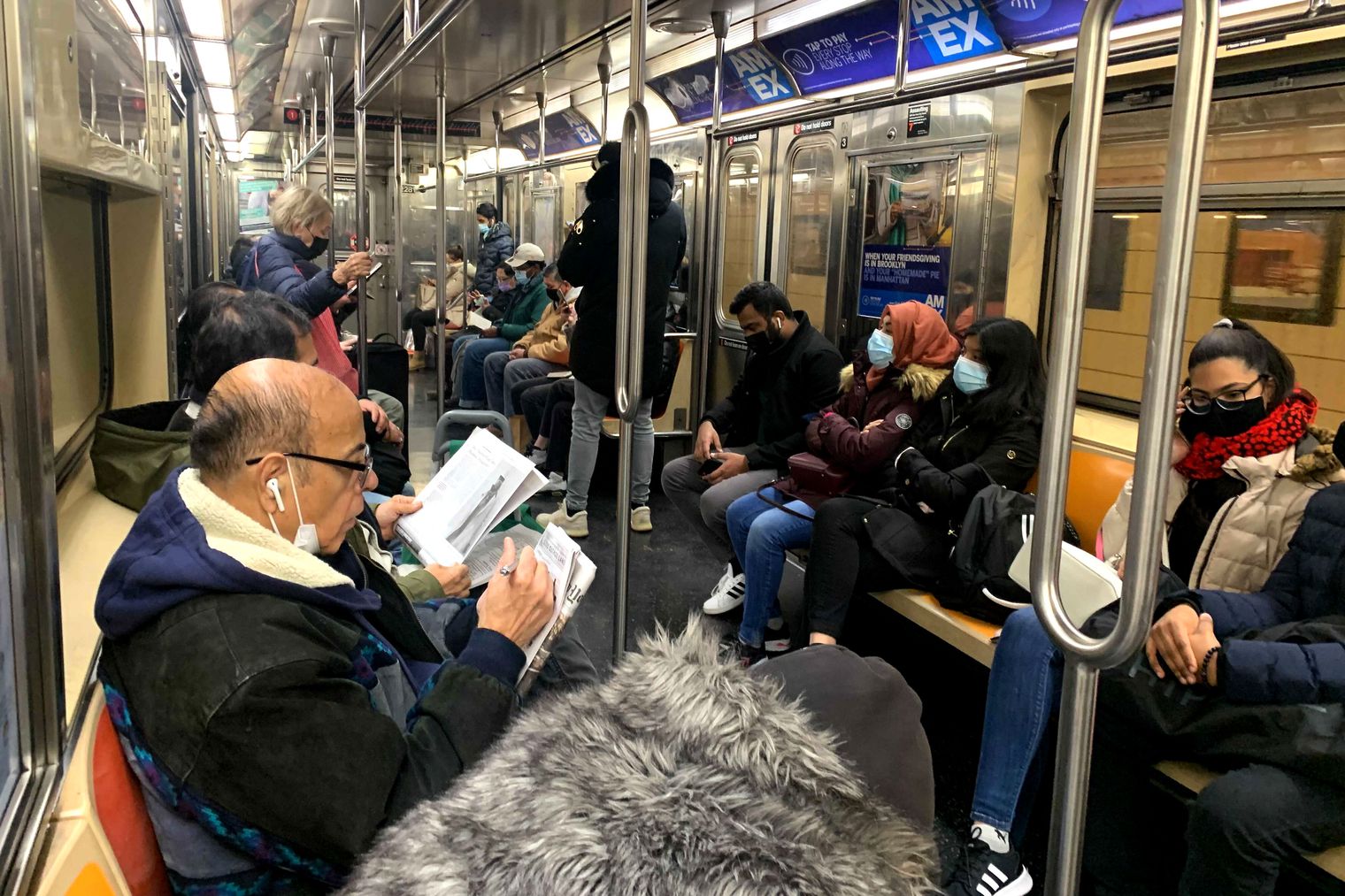 The latest COVID-19 surge has delivered another blow to the MTA workforce, with a growing number of positive tests among transit employees threatening to chip away at subway and bus service.

The MTA would not comment on the numbers, which show that 60 workers tested positive in the Department of Subways division that’s responsible for maintaining signals and power, along with 44 service delivery workers, whose ranks include train operators and conductors.

A spokesperson for the transit agency pointed to the general increase of COVID cases across the metropolitan area and said it has “impacted” the MTA, but declined to specify how worker absences are affecting subway and bus service.

“We’re working with our labor partners to ensure we have crews available so that we can provide the best possible service, and are closely monitoring the situation through our robust COVID vaccine or testing program,” said the spokesperson, Eugene Resnick. “The MTA will continue to minimize any impact on service delivery by making adjustments accordingly.”

The agency’s online subway performance dashboard shows that 92.4% of scheduled weekday trains ran during peak hours in November, the fourth consecutive month that service delivery climbed. That figure increased to 93.8% on the buses, aided, in part, by the addition of close to 200 newly trained drivers. Performance statistics for December are not yet available.

The pandemic has taken an outsized toll on the MTA workforce, with over 170 employees dying and thousands more testing positive since the virus hit in the spring of 2020.

Subway ridership plunged by more than 90% at the pandemic’s peak and decimated the MTA’s finances until the agency secured billions of dollars in emergency federal funding.

The rampant, pre-holiday spread of the Omicron variant arrived as subway ridership climbed to a COVID-era high of more than 3 million on several weekdays in December and as bus use approached 70% of pre-pandemic levels.

The Omicron surge has forced the cancellation of everything from holiday parties to hockey games to performances of Broadway shows. Still, leaders from President Joe Biden to Gov. Kathy Hochul to Mayor Bill de Blasio have said there’s no reason for the kind of lockdown that all-but paralyzed the city beginning in mid-March 2020.“In 2020, people stayed home, people worked from home,” Eric Russell, 31, said after stepping off a No. 1 train at the 125th Street station. “Now, the train feels overcrowded and it doesn’t matter if you come morning, midday or night, so it’s a concern if the workers are testing positive.”

The surge in coronavirus cases so far has not resulted in intensive care unit hospitalizations approaching numbers from the spring of 2020, officials point out.

Dr. Mitchell Katz, head of the city’s hospital system, said Wednesday that the 11 city-run medical centers had 54 COVID patients in ICU as of Wednesday, down from 970 in March of last year.

Counting private hospitals as well, some 220 patients were in ICU across the five boroughs on Wednesday, which is about where the numbers were in early September. The city’s peak was 3,141 ICU patients on April 11, 2020, during the deadliest period of the pandemic in New York.

That will up the total to 119 by the end of the week, he said as pandemic-weary New Yorkers endured long lines and waits for results. The huge demand spurred CityMD to temporarily close 13 outlets in the city, due to staffing shortages.

“Our job is to minimize the lines at city-run sites and at our partner sites,” de Blasio said. “Get you the best possible experience, get you the quickest possible results.”

Brooklynites wait in line at a COVID testing site along Flushing Avenue in Bushwick, Dec. 21, 2021. Hiram Alejandro Durán/ THE CITY

The city, starting Thursday, will hand out free at-home testing kits at locations around the five boroughs. New Yorkers who get booster shots at city-run vaccination sites and those operated by SOMOS Community Care will receive $100 through Dec. 31.

TOMORROW, FRIDAY DECEMBER 24: free Binax at-home #COVID19 tests will be handed out starting at 9AM. There will be 2,000 kits at each site:

On Monday, the MTA will begin offering walk-in COVID-19 testing at the Times Square-42nd Street subway complex from 8 a.m. to 2 p.m. and at Grand Central Terminal from 3 p.m. to 8 p.m. While testing will not be available at those two sites on New Year’s Day, testing will be rolled out at five more subway stations next week.

The Times Square-42nd Street and Jackson Heights-Roosevelt Avenue/74th Street stations offer COVID-19 booster shots, which will also be available at Grand Central as of Dec. 27.

New York City Transit has been steadily recovering from staffing shortages caused by a hiring freeze that, in June, contributed to more than 10,600 scheduled subway trips being canceled — the most since March 2020, when employee illness rates spiked.

In recent months, the agency has begun replenishing the ranks of a workforce thinned by the hiring freeze and retirements. But MTA and Transport Workers Union Local 100 officials concede that subway riders will continue to feel the effects of the worker shortage into 2022.

“I use the service every day,” said Alex Rojas, 33, who was waiting for a No. 1 train at the 79th Street stop. “So transit delayed is going to backfire on my ability to get to work.”

Now, the latest COVID surge stands in the way.

“Omicron is whipping through,” said JP Patafio, a union vice president for bus operators in Brooklyn. “It’s putting a tremendous strain on service, because you have so many absences.”