The System that Drives Our World The Drive

How the civilized world does it (1):

This what many need for home recovery 🇵🇭 pic.twitter.com/Lf5BU6ujhd

How the civilized world does it (2):

NOTE On this thread, there are two photos of hands holding home packs from Uttar Pradesh and Goa that include a listing for The Drug That Shall Not Be Named, one from a physician in Scottsdale, AZ, another from a low-follower account. Sorry, on this topic I will accept nothing less than a photo of happy villagers holding up their home packs.

Canada throws in the towel:

"We could have built a strategy to supplement our vaccines with multiple mitigations, but we did not spend the time or the effort to do so despite having two years to plan and implement this…https://t.co/wR4Xus5D9D

The thread actually points to the Biden Administration as doing a better job than Canada is.

Relationship between Anxiety, Depression and Susceptibility to SARS-CoV-2 Infection: Proof of Concept Journal of Infectious Diseases. n=102. From the Abstract: “Participants (n=102) completed measures of anxiety, depression, positive mood and loneliness and provided a blood sample for the measurement of antibodies to the SARS-CoV-2 spike and nucleocapsid proteins. SARS-CoV-2 seropositivity was significantly associated with anxiety and significantly positively associated with depression. The model remained significant after adjustment for age and gender, although anxiety and depression were no longer significant independent predictors.”

Nervous system consequences of COVID-19 Science (MR). “With millions of individuals affected, nervous system complications pose public health challenges for rehabilitation and recovery and for disruptions in the workforce due to loss of functional capacity.” Casualties include not just the dead, but the wounded.

Without paid leave, the South’s COVID school policies cause a terrible trickle down for families Scalawag

New Jersey psychologist describes horrific conditions in K-12 schools during Omicron surge WSWS. C’mon, let’s be reasonable. The proles can’t be whipped back to work without a babysitting service, and the PMC don’t want the kids underfoot during their Zoom calls.

Because we have no theory of transmission:

Mt Ayr CSD just shut down for 6 days due to "high numbers of illness." I am finding a case control (small and unmasked district), calculating a similar caseload, and applying that as a quantitative measure – since the Superintendent didn't report the # of infections. pic.twitter.com/AorfC8Uh5N

I actually feel for the Superintendant. The complete collapse of the public health establishment has left him bereft of guidance.

Why UCSF COVID expert Bob Wachter will soon be ‘over’ the pandemic San Francisco (dd). He will? Oh.

Drugmakers Sign Pacts to Widen Access to Merck’s Covid Pill Bloomberg. “Molnupiravir” is literally the last word in the article. What could go wrong?

Report on Pandemic Response is Slashed Ahead of WHO Executive Board Meeting Health Policy Watch. “The entire clause that suggested that the WHO should have speedy access to disease outbreak sites has been removed – at the insistence of China, diplomatic sources told Health Policy Watch.” However, from Xi’s Davos speech (transcript): “The fourth [challenge] is to come together against global challenges and jointly create a better future for humanity. In the era of economic globalization, public health emergencies like Covid-19 may very well occur, and global public health governance needs to be honest…. We need to give full play to the role of the World Health Organization in building a global community of health for all.” Hmm.

‘To Support Democracy in Myanmar, Engage with Ethnic Armed Organizations War on the Rocks

Myanmar Regime’s Reliance on Air Power a Sign of Weakness: US Security Expert The Irrawaddy. Air power can’t hold ground, especially against a country-wide insurgency, no matter how ill-armed and ill-trained.

What Putin Really Wants in Ukraine Foreign Affairs. The deck: “Russia Seeks to Stop NATO’s Expansion, Not to Annex More Territory.” To which I would add that Putin wants in addition whatever leverage is needed to make the deal stick, given that he believes, correctly, that the United States is not “agreement-capable.”

Sergey Karaganov: “NATO is a cancer. While metastases are only spreading ” (Google translation) AIF.ru

The IRS will soon make you use facial recognition to access your taxes online The Verge. What could go wrong?

How Did ID.me Get Between You and Your Identity? Bloomberg

This is true of 3 out of 5 U.S. allies in the "priority theater" of the Indo-Pacific.

Suez Canal Expansion Due to Complete in July 2023 Vessel Finder

Misinformation and the saga of ‘Paul is Dead’ Columbia Journalism Review

A Dam in Syria Was on a ‘No-Strike’ List. The U.S. Bombed It Anyway. NYT. Rawther late to the party!

The Pandemic and Our Broken Social Contracts Project Syndicate

Woman refuses mask on flight to London. So, the pilot took her back to Florida USA Today

He thought tending bar sounded like fun. Then the entire kitchen staff quit on Christmas Eve. The Experiment

Web daddy Tim Berners-Lee on privacy, data sharing, and the web’s future The Register. I subscribed to TBL’s “Solid” platform, but the UI/UX was bad and I haven’t gotten any mail from them. Odd TBL can’t get funding….

This 22-Year-Old Builds Chips in His Parents’ Garage Wired

The Intel Split Stratechery. Very readable, and a must-read, even for the supposed “non-technical.” 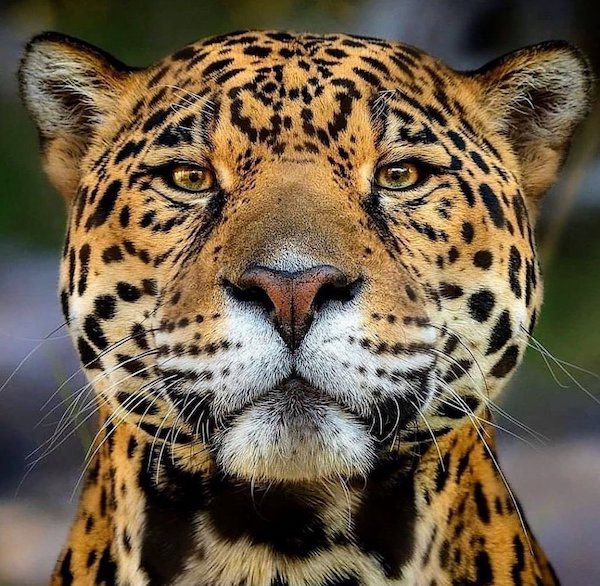 I have linked to this before, but it’s a propos and anyhow I love it:

The tiger
He destroyed his cage
Yes
YES
The tiger is out pic.twitter.com/guGeRkWtdL