All Clear on Recession Risk? Not Yet WSJ

Does This “Panic Index” Show A Major Crisis Coming In Oil And Gas? Oilprice.com

Exclusive: U.S. watchdog to probe Fed’s lax oversight of Wall Street Reuters. “Ranking representatives Maxine Waters of the House Financial Services Committee and Al Green of the Subcommittee on Oversight and Investigations asked the Government Accountability Office on Oct. 8 to launch a probe of ‘regulatory capture’ and to focus on the New York Fed.”

Whistleblower Delivers A Triple Whammy To Olympus; More Companies Might Get Hit Forbes. AF: “To non-US bad actors who don’t have friends in high places…. Contrast this with what happens to banksters benefiting from the revolving door and political connections at the highest level.”

As Delong Says, Brookings Is Wrong On The Productivity Slowdown Forbes. “[G]lobally we have Facebook marked down as providing some $18 billion of economic value, that should then translate into perhaps $36 billion of consumer surplus which is the true measure of how we’ll we’re doing as humans. And yet that’s obviously ridiculous: something that 1 billion people do for an average 20 minutes a day simply cannot be valued at such a low number. ”

Donald Trump’s Policies Are Not Anathema to U.S. Mainstream, but an Uncomfortable Reflection of It The Intercept (Re Silc).

This Is Trump Country NYT

Not even my wife knows’: secret Donald Trump voters speak out Guardian

Mahoning Co. sees 1K Dems defect to GOP The Vindicator. Youngstown, Ohio. Note that Youngstown, besides being a sacrifice zone for deindustrialization, was also hit hard by foreclosure (Tim Ryan represents Youngstown in the House).

Stop laughing, Democrats! As the GOP goes down in flames, your post-Bernie civil war is almost here Salon

The United States of Cory Booker Cory Booker. VP trial balloon? And for your reference.

Study: Bernie Sanders’s tax hikes are bigger than Donald Trump’s tax cuts Vox. I guess “redistributive'” is too long to fit in a headline? There’s such a fine line between explaining and framing….

The Clinton Email Bernie Sanders Should Bring Up in Sunday’s Debate The Nation. I can’t help but think that major fractions of the Hispanic vote might be concerned over Clinton’s role in both Honduras and Colombia (the subject of this article).

Campaign watch: Colbert King doesn’t want to generalize! The Daily Howler. For those who came in late, the Howler invented the blogosphere’s “media critique” — starting with the role of the press in 2000’s Bush v. Gore campaign. I can’t imagine why his head hasn’t exploded.

Trump or Clinton: Who’s Better for Investors? Barron’s. “Why Republicans will likely hold their noses and vote for Hillary in the 2016 presidential election.”

Sanders is Right, the US Needs a Healthcare System More Like Those in Europe EconoMonitor. Thorough demolition of the crapola being peddled on single payer by soi disant progressives like Operative K, et al.

Physicians & Medical Students: Sign the open letter on the truth about Medicare-for-All PNHP

All Payor Claims Databases: ERISA Pre-emption and the Tragedy of the Commons Modern Health Care

Surprise! The EU Just Admitted That Ukraine Will Never Be a Member State Russia Insider (CL).

In New Economic Plan, China Bets That Hard Choices Can Be Avoided NYT. If “hard choices” means in China what it does in the US, the peasants would be screwed.

What Percent Are You? Wall Street Journal

So, why is a college degree worth less if you are raised poor? A response to readers’ comments Brookings

Learn Different The New Yorker. Have a bag handy.

The Greek tragedy of the billionaire who fracked up Pa. Will Bunch, Philadelphia Daily News 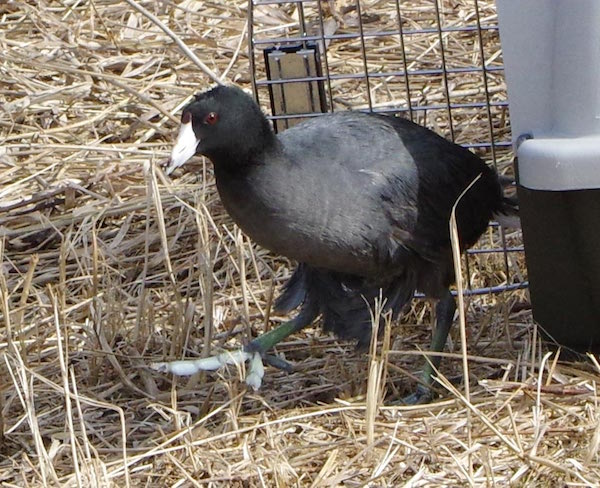