How a Trash-Talking Crypto Founder Caused a $40 Billion Crash NYT. The deck: “Do Kwon, a South Korean entrepreneur, hyped the Luna and TerraUSD cryptocurrencies. Their failures have devastated some traders, though not the investment firms that cashed out early.” I was worried for the insiders. I’m glad they made it out OK.

So what’s the answer?

Meanwhile, the jurisdictional distribution of banks operating in crypto has a remarkably Anglo/American + the French flavour to it. If only I could put my finger on what it is they all have in common? pic.twitter.com/2Pwul2xc9c

Is California giving its methane digesters too much credit? Grist

The Plastics Recycling Lie The Lever

‘This isn’t just gonna go away’: Long COVID is crashing the retirement hopes of many Americans MarketWatch (AM).

A live attenuated vaccine confers superior mucosal and systemic immunity to SARS-CoV-2 variants (preprint) bioRxiv. Hamster study. From the Abstract: “Here, we compare immune responses to and preclinical efficacy of the mRNA vaccine BNT162b2 [Pfizer], an adenovirus-vectored spike vaccine, and the live-attenuated-virus vaccine candidate sCPD9 after single and double vaccination in Syrian hamsters…. Our results demonstrate that use of live-attenuated vaccines may offer advantages over available COVID-19 vaccines, specifically when applied as booster, and may provide a solution for containment of the COVID-19 pandemic.”

So, Have You Heard About Monkeypox? Ed Yong, The Atlantic. The deck: “A new viral outbreak is testing whether the world has learned anything from COVID.” Oh, my sweet summer child. We learned that you can kill a million Americans without causing riots. A peaceful land, a quiet people!

Update on the Beijing situation: starting today in Chaoyang we are no longer required to do daily tests. Mass testing had been going on from May 1st, with just one day's break in the middle. We still have to show a negative test from the last 48 hrs to get into public places 1/

Is Bangladesh heading toward a Sri Lanka-like crisis? Deutsche Welle (Re Silc).

Australians face their starkest choice at the ballot box in 50 years. Here’s why The Conversation. Scotty from Marketing:

The Azov Steel Plant surrendered to the Russian army and caught the “big fish”. The good show has just been staged What China Reads. I read “Ascent Battalion” as an auto-translation glitch for “Azov Battalion.”

EXCLUSIVE: ‘Wolverines’ of Ukraine step out of shadows Global News. More LARPing. As is customary, the fascist shoulder patches make their appearance deep in the article: paragraph nineteen.

Can Ukraine Win? Five Scenarios for the War’s Next Phase WSJ

US announces $215 million in new food aid to Ukraine The Hill and US to send Ukraine more howitzers with new $100 million military aid package Stars and Stripes. Why didn’t we just round up the $40 billion to fifty?

France’s crop yields will be ‘very poor’ due to unprecedented drought France24 (Re Silc).

One in Four Medicare Patients Harmed in Hospitals, Nearly Half Preventable MedPage Today

We Need to Take Back Our Privacy Zeynep Tufecki, NYT

How we quietly ditched the idea of progress FT

Is Anyone Surprised Grubhub’s ‘Free’ Lunch Program Was a Disaster for Restaurant Workers? GrubHub

Sun’s mysterious pole and a ‘solar hedgehog’ revealed in closest-ever images of the sun Space.com. Looks like a Whistler painting:

The Solar Orbiter spacecraft released its closest images of the sun today, revealing a range of never before seen phenomena including this odd geyser of hot and cold gas dubbed the solar hedgehog. https://t.co/DYfg2nAcuD pic.twitter.com/wHoMApyURg 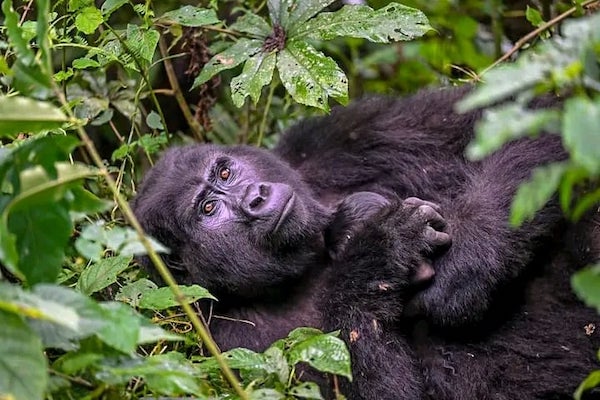 Hoolock Gibbons possess an incredibly loud call, rivaling that of any other Gibbons besides Siamangs.

This Hoolock Couple in Delhi is performing a very noisy duet in this clip pic.twitter.com/0gbi7m9fuk

Something to practice in the back yard over the weekend, for Monday in the office.